Are you constantly nagging your husband to do what you ask? Do you repeat yourself fifty times before he finally gets it done? Is it your fault when it ends up in another argument?

There has to be a better way. Try these secret tips to get your husband to do things without nagging him.

*This post may contain affiliate links for your convenience. Please see our Disclosure Policy for more details.

Very few women actually think they nag, and most men think that women nag all the time. That shows you how far apart we all are on this subject.

So what is nagging? Wikipedia defines nagging as ‘repetitious behaviour in the form of pestering, hectoring, or otherwise continuously urging an individual to complete previously discussed requests or act on advice.’

Nagging is a major contributing factor in many divorces according to the Wall Street Journal article Meet the Marriage Killer,

That’s a little scary. You want things done, but is it really worth blowing up your marriage over?

Why do we nag our husbands? Have you ever sat down and really analyzed why you nag yours?

I asked a few of my friends, and here are their responses.

Kristy laughs and says ‘I’m not nagging, I just making sure he doesn’t forget to take out the garbage.’

Claire matter-of-factly states ‘I have to nag. If I don’t, he’ll never do what I asked. If I don’t constantly remind him, he gets distracted with something else and completely forgets what it was I needed him to do.’

Laura scoffs and says ‘Because I want it done now, and he drags his feet on purpose. He’s not busy. He’s putting it off just to annoy me.’

Personally, I really try not to nag, but when I’m tired and cranky I can’t help it.  My workday consists of giving instructions and making decisions all day long. When I get home, I want things on autopilot so I don’t have to think about them anymore. It’s mentally exhausting.

Gemma Hartley explains it very well in her article Emotional Labor. She talks about how emotionally taxing it is to manage the household, make a majority of the decisions and continually remember everything, then have to ask or remind others to do the things they need to do.

I’m not sure my secret tricks require less emotional labor than nagging, but they don’t cause the mental exhaustion and conflict that nagging does.

My Secret Tips To Stop Nagging Your Husband (but still get him to do what you want:)

Before I tell you my secret tips, let me preface the rest of this post by telling you my husband is very helpful around the house. There isn’t a cleaning task that he won’t or hasn’t done over the years.

There are weeks at a time when he’s the one that does the laundry, cleans the bathrooms, and cooks the meals. Especially since I started blogging.

I’m extremely grateful for all that he does. That being said, some variation of these tips might be what helped get him there! You decide for yourself.

This is the part where most people will tell you to be a better communicator. They’ll advise you to sit down with your husband and explain why you need him to do the things you ask.

Others will tell you to explain to your husband why you need his help when you ask for it, not hours later. They might even suggest that you share how it makes you feel when he ignores you.

Some will likely tell you to get over yourself, lower your expectations, be ok with things not getting done, or just do it yourself.

It’s all very sound advice and will likely help eliminate the frustration from your husband’s standpoint, but probably not yours.

My Advice to Stop Nagging Your Husband.

Here’s my advice to get your husband to do the things you want without nagging him.

Seriously! Using these secret tips, I rarely have to ask, remind, nag, or badger my husband to get things done!

Are you ready? My secret tips are . . . Pure Trickery and The Power of Persuasion!!! I like to call it Subtle Suggestions.

Before you start judging me, hear me out. You just might be impressed at the sheer effectiveness of my secret strategies! My friends all laugh when I tell them about the things I do, then they’re shocked at how well they work!

These won’t work for every situation, but I bet they’ll work for a few of yours.

How I Trick My Husband to Get Things Done

Without further ado, here are the ways I trick my husband into doing things without having to nag him.

Short version, I intentionally drop a lot of hints and create situations to highlight issues! Any time there’s an opportunity to plant a seed in his head, I take it. I also create situations that leave him no logical choice other than my desired outcome.

I know that still sounds naggy, but not if you’re subtle about it. It’s easier to explain if I give you a few examples.

I put my weekly cleaning checklists in each room throughout my house. They list all of the tasks for cleaning each specific room.

If I start cleaning while my husband is home, he’ll often go clean the main bathroom since he’s the only one that uses it.

I don’t worry about what does or doesn’t get done, and he doesn’t have to hear me telling him what he needs to do.

My husband’s favorite chair currently sits next to the french doors that lead into our back yard. When he comes home, he slips his shoes off next to the chair. Eventually, they end up in front of the doors. After a few days, it starts to get annoying.

There’s typically a couple of pairs of tennis shoes and some old Crocks he wears when he needs to take the garbage out. They’re pretty much out of his way, but not mine! I used to just pick them up and throw them in the closet while decluttering my living room, but that wasn’t solving the problem.

So what did I do instead? When the shoes start getting in my way, I just move them over a couple of feet so they’re in his way! After a few times of tripping over his own shoes, he usually puts them away.

Yes, it requires me being ok with them sitting out for a few days, but it’s better than an argument or always picking up after him.

Another example is the laundry. We have two laundry hampers in our bedroom, one for towels, and one for clothing. When a hamper gets full, I start a load of laundry.

We both work second shift, so when I get home from work I change into my pajamas. Then I put my dirty clothes in the hamper and set my clean clothes out for the next day.

My husband stays in his work clothes until he goes to bed, at which time he drops them in a pile on the floor. Three feet away from the laundry hamper.

Sometimes that pile stays there and continues to grow for a few days. Any guesses on what I do next?

Anything that isn’t in the laundry hamper doesn’t get washed!

Imagine his surprise when he realizes I did laundry earlier in the day, but he can’t find his favorite jeans or that football jersey he wants to wear on Friday.

Yes, it means I occasionally end up doing an extra load of laundry that week, but now when I start the laundry, he usually checks the bedroom for anything left behind.

Be warned this can backfire. Since my husband does laundry too, there have been occasions when it was my laundry that didn’t get done because it was laying on the floor. Score 1 for the husband!!!

This is a big one and involves several different tricks and tactics, but first, a little background. My husband is a clothes hoarder.

To truly put it into perspective, I turned an entire spare bedroom into a walk-in closet, and he takes up three-quarters of it.

In all fairness, I did the closet thing for myself, then ended up getting rid of two-thirds of my clothes a couple of years later. Can you say ‘goodbye skinny clothes from 2005?’

If you’re the clothes hoarder, you might let your husband read this section!  Just saying . . .

I used to constantly nag my clothes hoarder husband to declutter his closet. After years of failure, I gave up and stopped nagging him about it, but I couldn’t just forget about it.

Instead of nagging him all the time, I started coming up with new ways to encourage him to get rid of clothing.

I would hang the clean laundry on the side of the closet he rarely used. That way his favorite t-shirts weren’t sitting in front of his nose. He either had to pick a shirt that he rarely wore or really dig for his favorite ones.

When he caught on and started pulling from the other side of the closet, I quit hanging his shirts up. I would leave them on the bed and tell him I couldn’t get them in the closet because there wasn’t any room.

Once he started hanging up his own shirts, he would get rid of one or two here and there. The first time I saw him get rid of a few t-shirts, I had a new idea. I wondered what would happen if he actually ran out of hangers?!

Yes, I did! I started taking away hangers. If there were ten shirts in the laundry, I’d remove one or two hangers. When he ran out of hangers, he’d get rid of a couple more shirts.

My latest trick happened after he bought a few more jerseys and a couple of lightweight jackets for the new football season. While I was putting the laundry away one day, he walked into the room to help.

I had a stack of his new stuff sitting on my vanity stool and said ‘remind me to pick up some more hangers this weekend . . . or maybe I can get rid of a few more of my hoodies.’ He sighed and said ‘no, I just need to go through some of this stuff’.

I said ‘OK’ and left the room to make a pot of coffee. Twenty minutes later he emerged from the closet with a large stack of clothes for the second-hand store.

A couple of subtle hints on my part led to a purging session on his. It was a win-win situation.

Why These Little Tricks Work

I should probably title this section ‘Why They Used to Work’ because now he’ll surely know all of my secrets and they won’t be nearly as effective. I’m sacrificing my sanity for the greater good of women everywhere:)

On a serious note, I’m not entirely sure why it works so well. I suspect it’s partially because I’m not telling a grown man to do this and do that. I’m also not pressuring him to get it done on my timeline.

I’ve found subtle ways to show him what needs to be done. In some cases, he realized exactly what I was doing and did them anyway, but in others, I suspect he was none the wiser.

These tricks might now work on our husband, and they probably won’t work in all situations, but aren’t they at least worth a try? 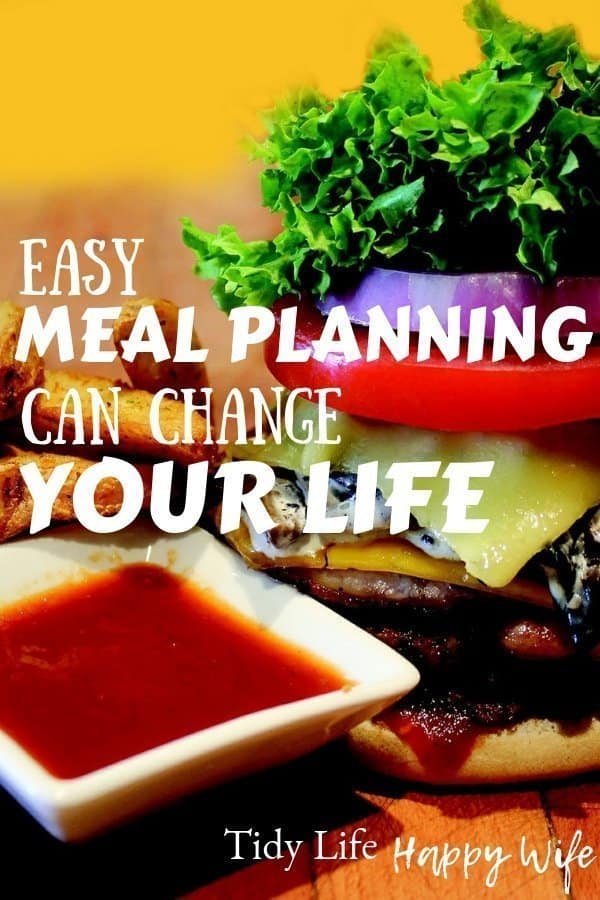 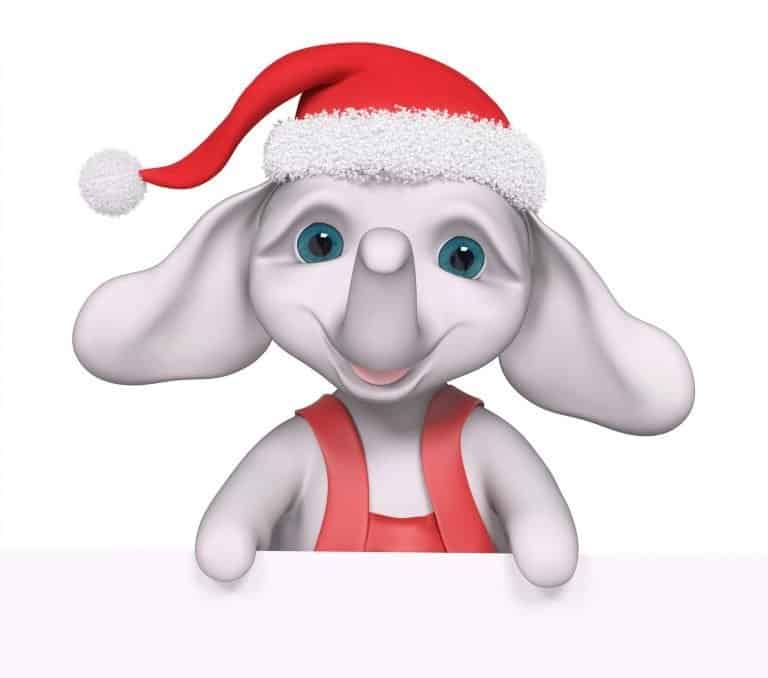 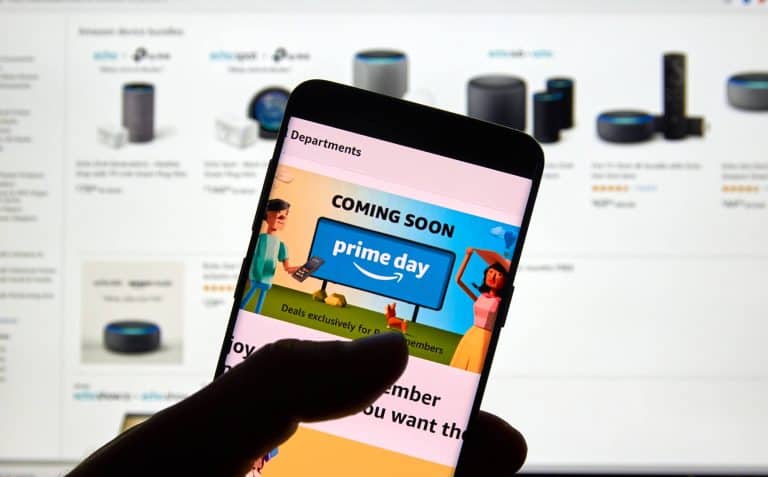 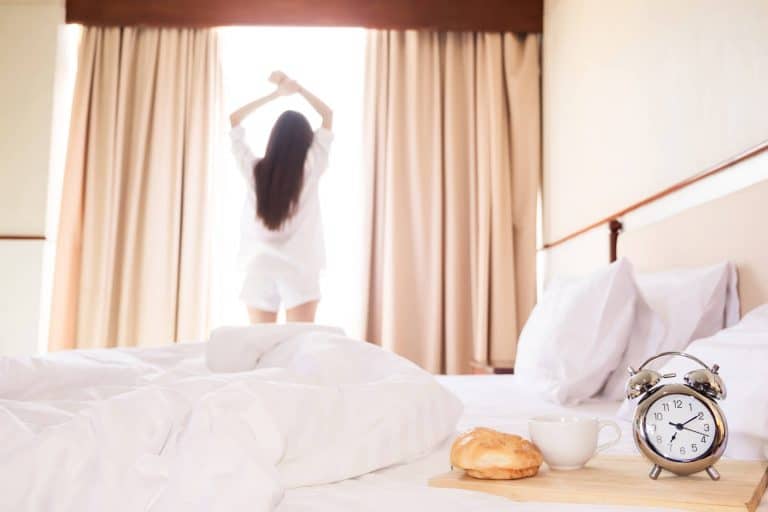 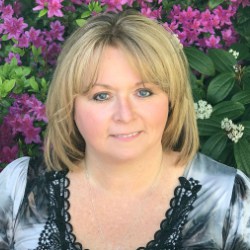