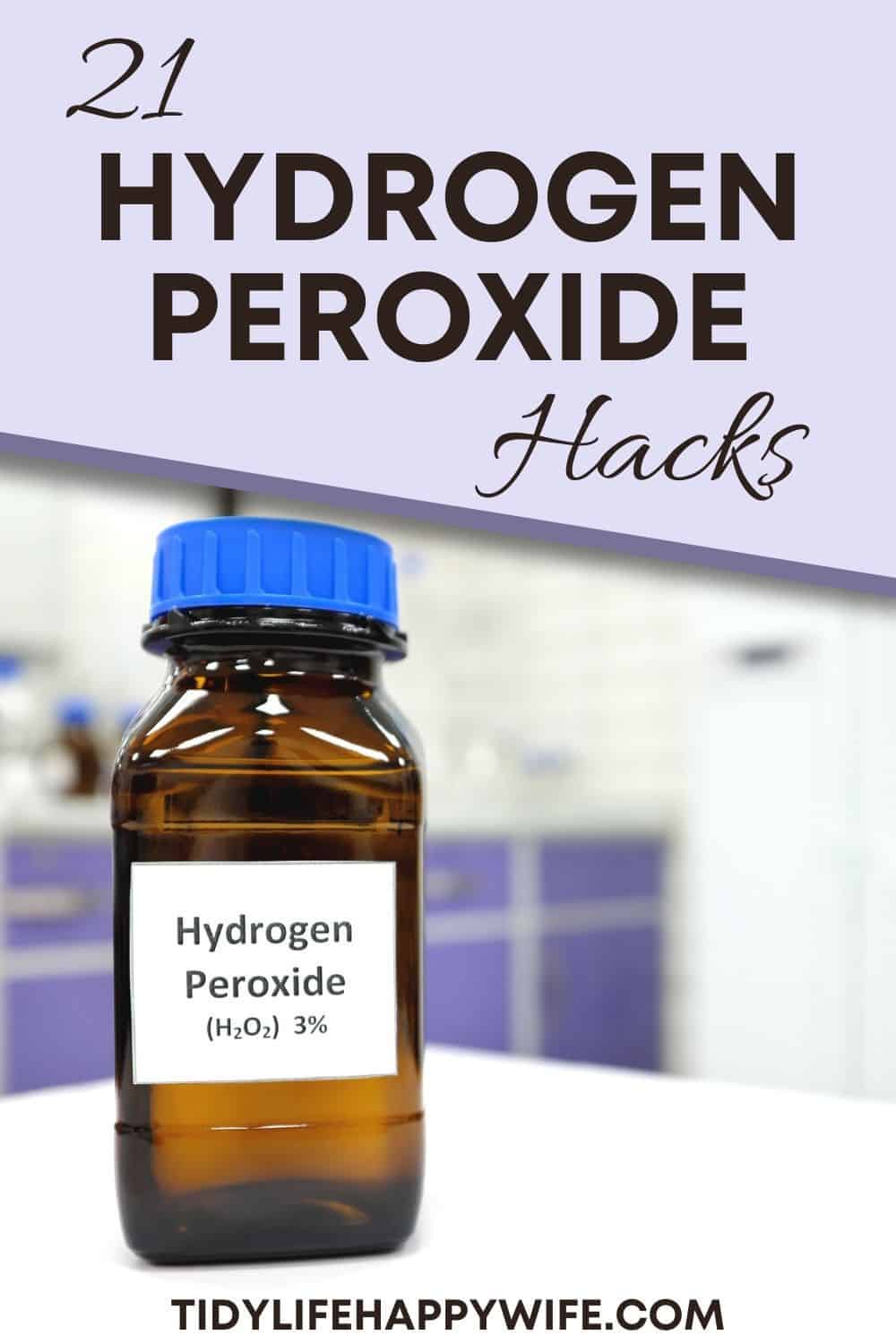 Do you prefer natural health and beauty products? Are you looking for a disinfecting solution to kill harmful bacteria and viruses while cleaning your home? Check out these brilliant hydrogen peroxide hacks and cleaning uses.

When you think of hydrogen peroxide, you probably remember lightening your hair or cleaning out a nasty cut before covering it with a band-aid.

Personally, I remember spraying half a bottle of Sun-In (which was mostly peroxide) on my hair and moving my lawn chair around the yard so the sun was directly on my head all day (Yes, I’m was an 80’s teen)!

There are much better hair products on the market these days, and hydrogen peroxide is no longer recommended for wound care. Turns out some studies have shown that it actually damages the soft tissue and slows the healing process1.

All of that aside, there are still a ton of useful hydrogen peroxide hacks that make it one of the most useful products in many homes today.

Hydrogen peroxide has been around since the early 1800s. It’s a clear liquid compound that consists of a combination of two hydrogens and two oxygen molecules.

Hydrogen peroxide becomes unstable and turns into separate water and oxygen molecules when exposed to light for too long.

The unmistakable brown bottle protects the hydrogen peroxide from the light. It also makes it very easy to identify on store shelves.

Hydrogen peroxide can usually be found in drug, department, and grocery stores nationwide. It can also be purchased on Amazon and other online shopping sites.

The concentration you’ll find in those stores is typically a 3% mix of hydrogen peroxide with 97% water and is intended for household use.

What is hydrogen peroxide used for?

Hydrogen peroxide is a powerful disinfectant that’s perfect for cleaning and disinfecting household surfaces. It’s also an oxidizer (bleaching agent) and mild antiseptic which makes it great for all kinds of health and beauty uses including lightening and whitening your teeth, hair, and your laundry.

1. Clean and Disinfect a Kitchen Sink

Kitchen sinks are a hotbed for bacteria and should be sanitized daily. Spray sink surfaces with hydrogen peroxide and let sit for 10 minutes. Scrub and rinse clean. No more bacteria.

You can also mix equal parts of hydrogen peroxide and rubbing alcohol for a spray-on, leave on disinfectant. Just make sure to rinse the sink before using it for any food preparation.

I’ve been talking a lot about bacteria, so I’m sure you saw this one coming. The toilet is one of the places I constantly use hydrogen peroxide, especially when I’m deep cleaning the bathroom.

Mine ends up sitting for several hours before I scrub, but I think 30 minutes should be sufficient. Scrub the interior of the tank and toilet bowl, wipe down the exterior and dry.

3. Clean the Garbage Can

Your kitchen garbage can is constantly exposed to all kinds of raw and cooked food waste.

It’s no wonder it’s one of the germiest, most bacteria-ridden places in your home. Here’s one of the best hydrogen peroxide hacks I know of to get rid of bacteria.

Spray the entire interior and exterior of the garbage can with hydrogen peroxide and let it sit for 15 minutes. Rinse, dry, and replace the trash bag.

Mix gently and spray down shower walls after the last shower each day.

Some people will tell you to add dishwashing detergent to the mixture. Since this is a leave-on spray, I’ve never done that.

You’re supposed to leave this mixture on once you spray it, and I don’t know about you, but I already have enough trouble keeping up with soap residue and buildup in the shower.

Clean the grout to remove surface dirt, then spray liberally with undiluted hydrogen peroxide and let sit for 30 minutes. Scrub with a grout brush, wipe clean and let dry. Repeat as necessary.

If you need a little extra scrubbing power, you can add baking soda, but you’ll need to rinse well to remove all of the residues.

Too much moisture in your home can cause a buildup of mold and mildew which is difficult to clean.

Completely wet the moldy or mildewy area with undiluted hydrogen peroxide. Let sit for 15 to 30 minutes, then scrub and wipe clean.

Caution – if you have or suspect you have toxic black mold, please call a professional for removal

Now your mirror is clean and streak-free.

For stainless steel bakeware, mix 1 part hydrogen peroxide and 2 parts baking soda into a paste. Paint or smear onto bakeware and let sit for 1 hour. Scrub, rinse, and dry.

For aluminum alloy bakeware, I find that cream of tartar works better than the baking soda.

GET YOUR CLEANING DONE DURING THE WEEK!

Join thousands of VIPs for cleaning, decluttering, and organizing tips sent straight to your inbox. As a welcome gift, we’ll send you this FREE printable Weekly Cleaning Checklist that lists exactly what to deep clean in every room of your home.

Cutting boards can get pretty nasty, and all of that nastiness is full of unhealthy foodborne germs.

If your white plastic cutting board is stained, spray it with hydrogen peroxide and leave it in the sun for an hour or two, then rinse and dry.

I always disinfect my dishwasher as part of my spring cleaning routine.

The hydrogen peroxide will kill any bacteria lingering in the dishwasher, and the interior will be sparkling clean.

The hydrogen peroxide will kill any mold or bacteria and leave your washing machine sparkling clean.

As with any colored fabric, always test in an inconspicuous area first.

Apply liberally to the stained area and let sit for 15 minutes. Scrub with a laundry scrub brush and check to see if the stain is gone. If not, apply more mixture and let soak another 15 minutes, then scrub.

Repeat the process above until the stain appears to be gone, then rinse and launder like normal.

Toothbrushes collect all kinds of bacteria. To clean, place your toothbrush in enough hydrogen peroxide to cover the bristles. Soak for 5 to 10 minutes, then rinse and air dry.

You can dilute with water, but when it comes to my toothbrush, I soak it in the mixture straight out of the bottle.

Mix 1 part hydrogen peroxide and 2 parts baking soda into a paste, then use the paste to brush your teeth. Try leaving the paste on your teeth for approximately ten minutes to speed the whitening process. After ten minutes, brush, rinse and spit.

Do not swallow hydrogen peroxide in any concentration as it will likely cause stomach irritation and discomfort and can even cause internal burns if swallowed in large amounts.

Only mix enough for one use unless you’re able to store it in an opaque container. You don’t want the compound breaking down and becoming ineffective due to exposure to light.

We’re still in the cleaning arena, but we’re crossing over into the hydrogen peroxide hacks for health and beauty.

Your beauty tools including brushes, blender balls, and any hygiene tools can get pretty dirty and start to grow some nasty bacteria.

Clean them by soaking in hydrogen peroxide for 5 to 10 minutes, then rinse thoroughly and air dry.

For delicate brushes, you might want to use equal parts hydrogen peroxide to water instead of straight peroxide.

Thick, dry heels are unsightly and embarrassing. They can also become painful if the dryness causes the skin to crack. Trust me, I know!!!

Once your feet are dry, use a pumice stone to remove the softened dead skin. Wipe feet one more time to remove and dead skin residue, then apply a moisturizing lotion.

Beware if your heels are already cracked, you probably shouldn’t use this foot soak.

As with the cracked heels, this method is not recommended if you have severe athletes’ foot with open cracks or sores on your feet. If you’re still at the itchy, smelly stage, try this.

Combine 2 cups of hydrogen peroxide and 2 cups of warm water. Soak feet for approximately 10 minutes at a time, in the morning and evening. Dry feet thoroughly including between your toes.

The peroxide kills the fungus causing the athletes foot, and the bacteria causing the foot odor.

If you’ve noticed a yellow tint to your nails, there could be several causes. Two of the most likely culprits are staining from prolonged use of dark nail polishes, or a fungal infection. Hydrogen peroxide can help with both of these.

One method is to soak cotton balls in hydrogen peroxide, apply to nails and let sit for 10 minutes. Remove the cotton balls, then wash and dry hands, and apply a moisturizing lotion.

The second method is to make a paste of 1 part hydrogen peroxide to 2 parts baking soda, apply to nails and let sit 10-15 minutes. Wash and dry hands, and apply a moisturizing lotion.

Here’s another one of my favorite hydrogen peroxide hacks.

Have you paid attention to all of the shiny goo the grocer puts on your veggies? It’s a lot, and it kind of grosses me out.

Rinse off any surface dirt, then place vegetables in a bowl, add ¼ cup of hydrogen peroxide and enough water to completely cover vegetables. Soak for 15 minutes, then rinse and pat dry.

This should remove those nasty coatings or treatments that were sprayed on the surfaces of the vegetables.

What should you not use hydrogen peroxide for?

Hydrogen peroxide is acidic and not recommended for use on natural stone surfaces because it can etch and damage the surface.

Hydrogen peroxide kills bacteria, so it makes a great cleaner and disinfectant for many applications. We’ve shown you some of the more popular hydrogen peroxide hacks around.

So, for less than $20.00, you can treat canker sores, dry heels, and athletes’ foot. You can whiten your nails and teeth, and make inexpensive toothpaste and mouthwash.

On top of that, you can clean your veggies, toothbrush, beauty tools, water bottles, bakeware, cutting boards, dishwasher, washing machine, sink, garbage can, toilet, grout, and mirrors. Oh, and you can also use it to remove stains from clothing and linens.

I can’t think of a more versatile and frugal compound than hydrogen peroxide, can you? 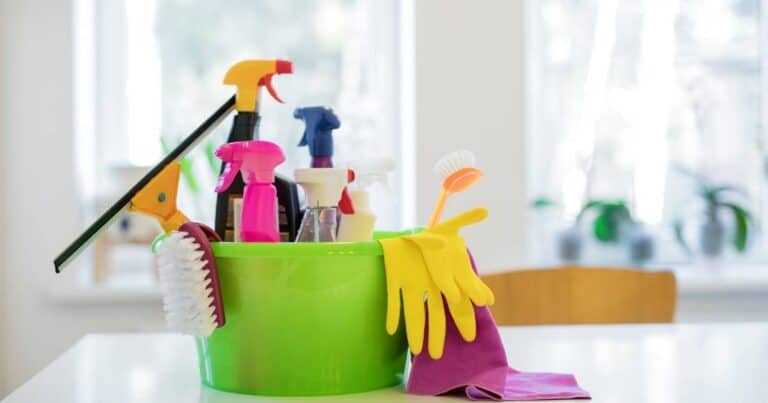 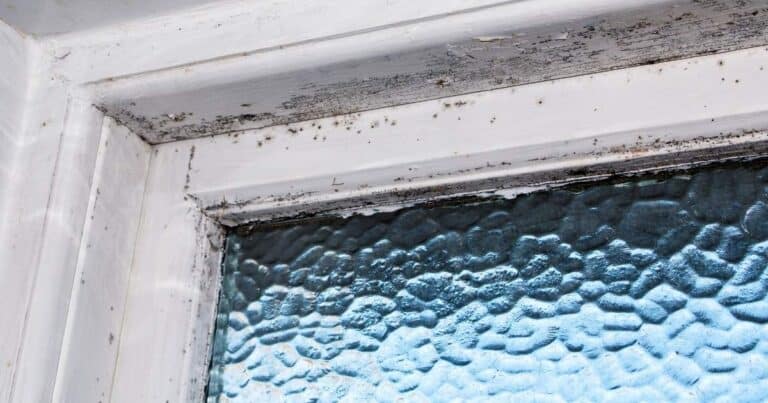 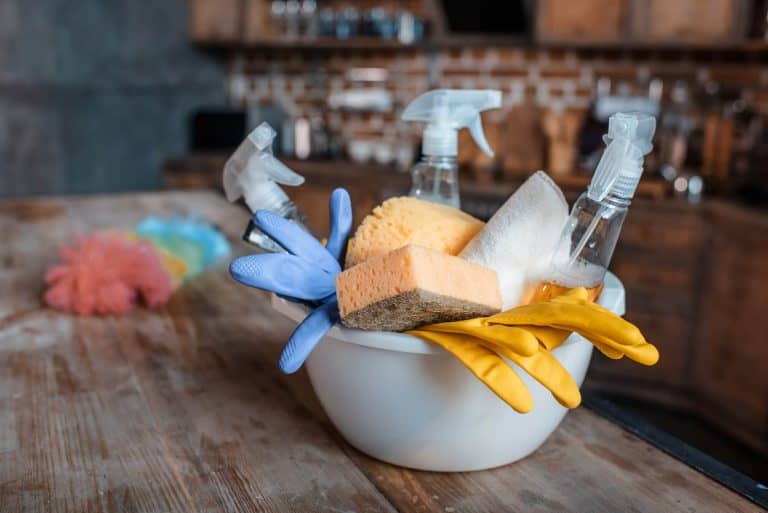 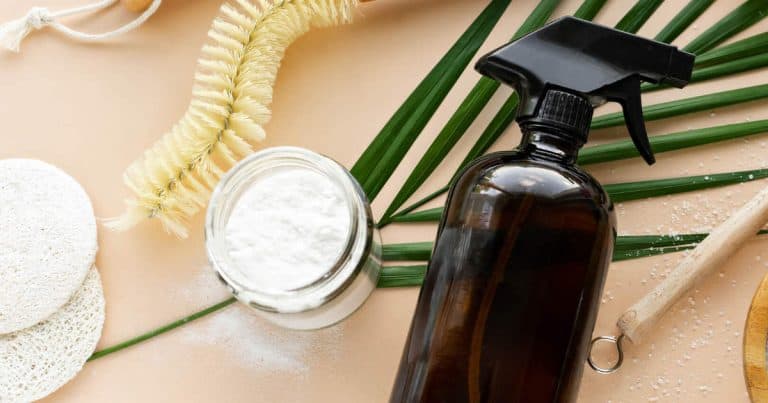 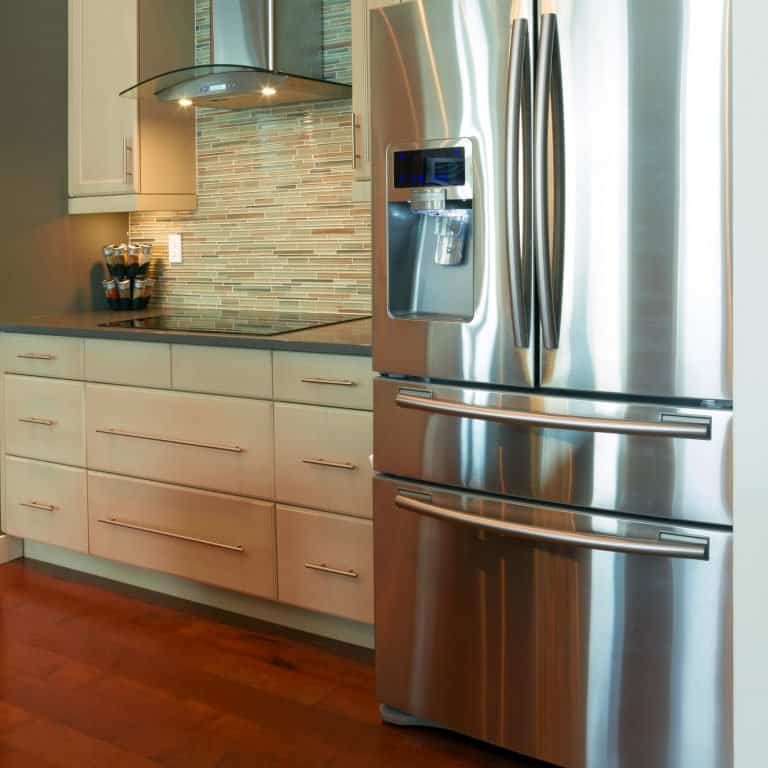 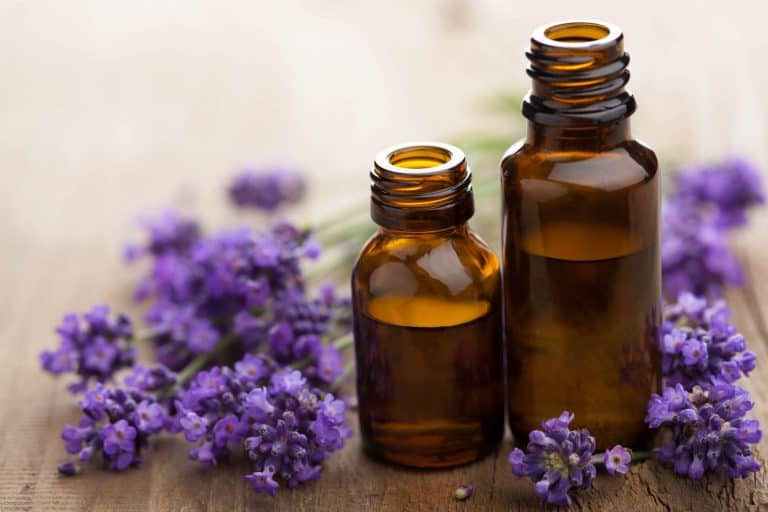 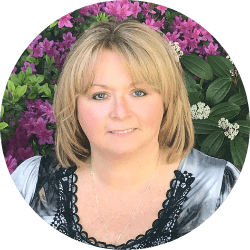 and I'm here to help you create the relaxing home and life you deserve, no matter how busy you are. 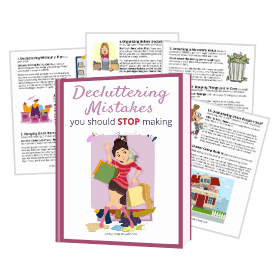 Decluttering Mistakes You Should Avoid

How to Declutter Sentimental Items

How to Increase Storage in a Small Space

Dirtiest Things You're Forgettting to Clean

How to Keep Your House Clean with Cats